PROJECTS FROM 12 COUNTRIES TO PITCH ACROSS FORUM, NEW TALENT AND ROUGH CUT SESSIONS 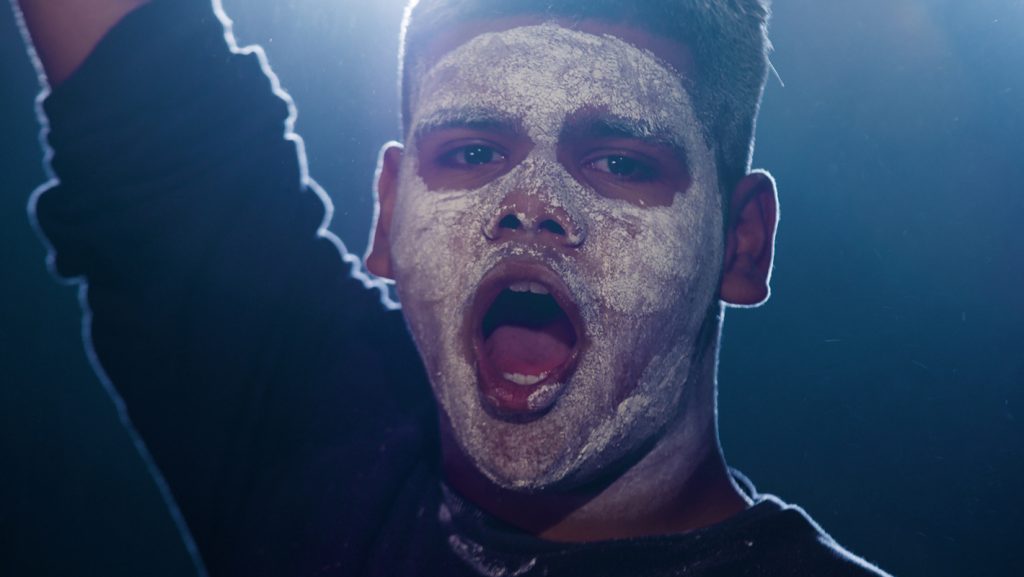 We are thrilled to reveal the feature documentary and factual series finalists taking part in the retooled FACTory 2020 international pitching event, happening during AIDC 2020.

This year the FACTory will feature separate Forum pitches divided by genre categories alongside a New Talent pitch (both presented by Film Victoria), and a new Rough Cut sessions program (presented by The Post Lounge), ensuring targeted exposure to the most relevant decision makers.

The restructure has also resulted in the largest number of FACTory projects accepted for pitching, with 18 projects spanning 12 different countries of production, including Canada, China, and India.

Producer and director teams in each Forum category and the New Talent pitch will present their projects in open forum sessions to curated groups of top-level buyers, commissioners and distributors during AIDC 2020, immediately receiving expert industry feedback and potential financing interest.

Forum and New Talent pitches will be open to all AIDC pass-holders, while Rough Cut sessions will be accessible by decision makers only.

All projects in FACTory 2020 will also be eligible to win pitch prizes, including:

Winners will be selected from FACTory 2020 pitch sessions across the Forum pitches, New Talent pitch and Rough Cut sessions, and announced at the AIDC 2020 Closing Night Party.

THE BUSHWHACKERS: A LOVE STORY
> The Bushwhackers were superstars of wrestling. Now in their seventies, the two best friends reunite and embark on a farewell tour of America – against the advice of their doctor.
Director: Justin Hawkes
Producer: Tara Riddell
(Australia, New Zealand, USA)

THE FIGHT TOGETHER (working title)
> An intimate portrait of a man driven to share his culture with the world.
Director: Larissa Behrendt
Producer: Sam Griffin
DOP: Anna Howard
(Australia)

DARK WATER: BATTLE ON THE FRANKLIN
> A documentary about the epic fight to save Tasmania’s wild Franklin River from being dammed by the Hydro-Electric Commission in the 1980s.
Co-Writer, Director: Kasimir Burgess
Co-Producer: Oliver Cassidy
Producer: Chris Kamen
Co-Writer: Claire Smith
(Australia)

THE LAST EMPRESS
> The Last Empress is a feature documentary about the epic life of Empress Farah Pahlavi – the first crowned empress in Iranian history. Her story Is one of fairy tales, tragedy, revolution and triumph.
Producers: Miranda Darling, Viola Raikhel-Bolot
(Australia, USA)

DARKENED PARADISE (working title)
> Three environmental crusaders confront murder, betrayal and their own demons as they are tested like never before in their battle to save an island paradise in the Philippines.
Director: Karl Malakunas
Producer: Marty Syjuco
Producer, Editor: Michael Collins
(Philippines, USA, Singapore, Hong Kong, Australia)

TEA UGLOW: EXPERIMENTAL PERSON IN CHARGE
> Why is identity such a divisive force in today’s culture, and why are we in such a rush to define who we – and each other – are?
Director, Producer: Jo de Fina
Co-Producer: Nick Batzias
Co-Producer, Writer: Melanie Horkan
Writer: Jess Lilley
(Australia)

THE OH GAP
> A confident woman, struggling to address the ‘orgasm gap’ in her relationship, discovers a history of misinformation around female sexuality, so she begins a movement for change with the help of a giant golden clitoris.
Director, Producer: Julia Landry
Producers: Dylan Blowen, Danny LeChevre
(Australia)

THE BUSHWHACKERS: A LOVE STORY

LIGHTEN MY LOAD
> A young man donates sperm to a lesbian couple and finds himself on a journey to make amends for his father’s adoptive past.
Director: Ned Speldewinde
Producer: Claudia Nankervis
Executive Producers: Robyn Butler and Wayne Hope
(Australia)

BLUE ISLAND
> Three men relive pivotal moments in Hong Kong history – the place they have lived half their lives. Their values shared with larger movements paved the way to the Hong Kong of today. How will they continue to shape the future?
Director: Tze Woon Chan
Producer: Peter Yam
(Hong Kong, China)

BREAK IT DOWN UNDER
> Break it Down Under celebrates the history of Australian Socially Conscious Hip-Hop, visually deconstructs the powerful messages expressed and introduces the world of Sonboy, an Aboriginal Trap artist from Redfern Sydney.
Writer, Director, Producer: Grant Leigh Saunders
Co-Producer: Tom Zubrycki
(Australia)

NO VISIBLE TRAUMA
> The lives of three men and their families are torn apart by the violent actions of Calgary police officers and a justice system that refuses to hold them accountable.
Writer, Director, Producer: Marc Serpa Francouer, Robinder Uppal
Producer, Writer: Geoff Morrison
(Canada)

The FACTory is the cornerstone of AIDC’s documentary and factual content marketplace, providing a dynamic opportunity for producers to make a real impression with their pitch.

Previous FACTory projects have included completed and released documentaries Mystify: Michael Hutchence, China Love, Suzi Q, No Time For Quiet, and many others.

FACTory pitches also provide an invaluable learning opportunity for filmmakers interested in the art of pitching and in discovering just what it is that commissioners and buyers are looking for in the current market.

FACTory 2020 sessions will take place throughout the AIDC 2020 program, which is set to be revealed on Wednesday 29 January 2020.

The FACTory complements AIDC’s one-on-one Cut to the Chase pitching marketplace, in which producers are carefully matched with relevant decision makers in short pitch meetings. If you have a project for Cut to the Chase, register for AIDC 2020 and get your submission in by Wednesday 5 February.

[Main Image: The Fight Together]