Do you have a documentary or factual project with interactive storytelling potential? Can you envisage your project as a playable game, virtual reality work, or large-scale immersive experience? Would you like the opportunity to develop your concept with leading experts in the field and pitch to a panel of industry professionals?

AIDC’s Doc.Lab.Interact is an interactive documentary storytelling lab giving nonfiction content creators the opportunity to take their idea to the next level with leading UK-based creative studio Anagram. With a background in documentary film, animation and interactive game design, the studio specialises in thought-provoking interactive storytelling and immersive experience design.

Applications are now open for Australian nonfiction practitioners who are currently completing or have recently completed a documentary or factual project. Eligible practitioners are encouraged to submit an idea for workshopping in the lab, where they will develop their project pitch for a new interactive or immersive work and ready it for presentation to a panel of industry experts for feedback.

Four projects teams will be selected to take part in a series of workshops, 1:1 mentoring sessions and pitch training exercises with Anagram to develop their documentary project into a ready-to-pitch interactive or immersive blueprint to pitch to potential funders, developers, creative tech collaborators and exhibitors.

During the Lab, participants will receive intensive workshopping and support from leading experts in the field to:

At the culmination of the Lab, all four teams will take part in an online pitch to a panel of experts including Anagram, Film Victoria, and commissioners and exhibitors seeking projects in the interactive / immersive space.

With a background in documentary film, animation and interactive game design, the studio specialises in exploiting the most recent advances in immersive technologies – including VR, AR and other XR tools. From meticulously designed theatrical sets to ancient buildings to just anywhere outside in the wild – each piece gets you entangled with a place.

Anagram was named in the Createch 100 ones to watch for 2020 by the Creative Industries Council and selected twice for Columbia University’s Digital Dozen Breakthroughs in Digital Storytelling (in 2015 and 2019).

May Abdalla is an experimental documentary filmmaker who has won numerous awards for her work in the immersive and interactive arts. She began her career as a radio journalist for the BBC, Channel 4, and an English-speaking version of Al Jazeera, reporting from Latin America, South Africa, Europe and the Middle East. She founded Anagram in 2013 to explore immersive technologies, especially in the documentary genre.

Her last virtual reality film, an experience about a woman who fought for the right to vote in Great Britain in the last century, was shown at the Venice Film Festival and permanently installed in the Department for Digital, Culture, Media and Sport in 2019. She is on the Sheffield International Documentary Festival committee and she is a regular member of the jury for BAFTA’s documentary and interactive categories, as well as for the World Press Photo and One World Media Awards.

With Anagram she has been testing the boundaries of documentary storytelling and new technologies and exploring the endless possibilities for the design of experiences. Since its inception, Anagram has built up an impressive international reputation.

Kirsty is a multidisciplinary producer and strategic leader with proven track record in securing international commissions and producing award-winning works of high quality and artistic risk. In April 2020, Kirsty began working as Executive Producer for Anagram, working across company development and  on the award-winning Goliath: Playing with Reality and Messages to A Post-Human Earth.

She has previously worked with Documentary Campus, 104 Films and Sheffield Doc/Fest. Kirsty was Business Director for the internationally renowned artist group Blast Theory for eight years. Responsible for creating and driving the business, fundraising and marketing strategies, Kirsty also produced artworks across multiple immersive forms including Karen (2015), a digital artwork exploring data profiling; politically-charged immersive theatre pieces such as Operation Black Antler (2016); largescale international collaborations such as 2097: We Made Ourselves Over (2017), and live interactive feature films including Bloodyminded (2018). 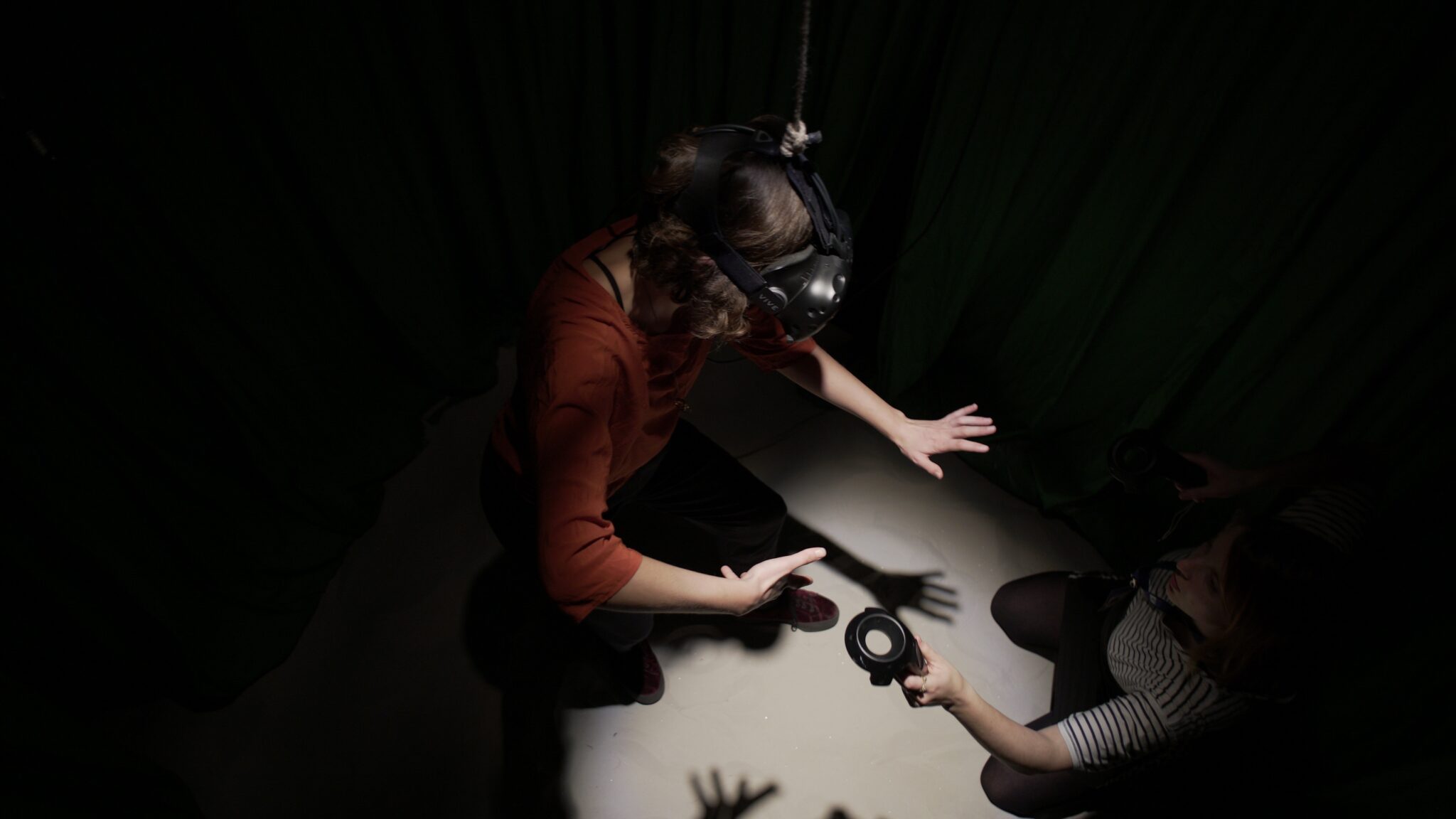 “ANAGRAM IS SO EXCITED TO WORK ALONGSIDE AIDC AND FILM VICTORIA ON THIS NEW INITIATIVE. WITH BACKGROUNDS IN DOCUMENTARY, WE’VE SPENT THE PAST NINE YEARS CARVING A PATH FOR OURSELVES IN THIS INNOVATIVE FIELD, WE’D LOVE TO SHARE WHAT WE’VE LEARNT AND CONTINUE TO LEARN WITH THE SELECTED PARTICIPANTS. IT’S A GREAT OPPORTUNITY TO GET BESPOKE TRAINING!”

Ideas are being sought from practitioners and production companies from all over Australia working across documentary and factual content.

If successful, applicants will be required to purchase a Sunday Day Pass to take part in the lab. Refer to relevant submission guidelines for further details.

For more information on what materials you can submit, download the Doc.Lab.Interact Submission Guidelines

Applying is free and easy with no previous experience in interactive storytelling necessary.

Doc.Lab.Interact is open to all Australian nonfiction storytellers looking to explore the possibilities for transforming near completed or completed documentary or factual projects into a new interactive or immersive work.

To submit, you just need to provide the following:

Please include in the outline:

2. Materials that you think can support your outline.

This could include key scenes (of no more than ten (10) minutes) from a project in post-production or completed, animations, character studies, pitch decks, etc.

We welcome all ideas, but particularly encourage those that highlight diversity and inclusion.

For more information on how to submit, as well as details on the submission questions, download the Doc.Lab.Interact Submission Guidelines

Ideas submitted for Doc.Lab.Interact will be judged by a panel of experts from AIDC, Anagram and Film Victoria, and evaluated on the following criteria:

The four selected teams will be notified no later than 16 February 2022.