Proudly co-presented by Screen Australia and Al Jazeera English, The Witness Initiative is seeking short character-led documentary proposals from early-career filmmakers to pitch at AIDC 2020 for the chance to share in up to $300,000 in commissioning funds.

Al Jazeera English’s flagship documentary strand, Witness, showcases independent documentaries that place people at the heart of the story. The Witness Initiative is seeking projects from early-career filmmakers that look at the big issues from the inside-out and celebrate the human spirit with a sense of humour and poignancy, even in the most difficult of circumstances.

Five Australian filmmaking teams have been selected to pitch their idea to a panel including representatives from Al Jazeera English Witness and Screen Australia at AIDC in March, 2020.

Up to three projects will receive a $100,000 commission for a 25-minute documentary to be released on Al Jazeera English’s Witness across Al Jazeera platforms including television, online and apps.

Five shortlisted applicants will be provided with the unique opportunity to participate in the Witness Pitch at AIDC 2020, where they will publicly pitch their projects to a judging panel that will include representatives from Screen Australia and Al Jazeera on Monday 2 March 2020 in Melbourne.

Al Jazeera is providing the five finalists with a complimentary day-pass to attend AIDC to pitch on Monday 2 March 2020. Interstate finalists are also eligible for an additional contribution to assist in travel costs in getting to Melbourne from Screen Australia.

Final projects for commissioning will be announced at AIDC’s Closing Night event on Wednesday 4 March, 2020. 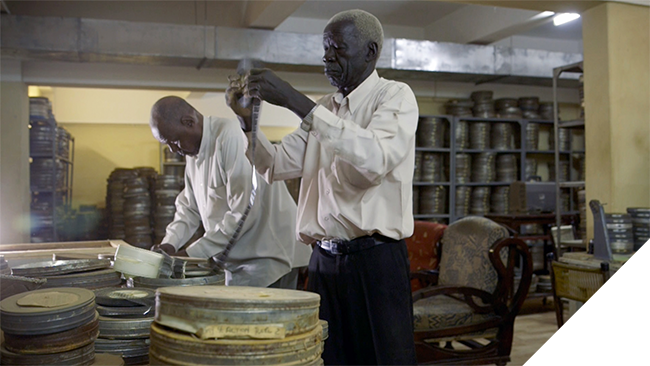 “WE WANT TO INSPIRE AND SUPPORT EARLY-CAREER DOCUMENTARY FILMMAKERS TO DISCOVER AND EMBRACE INTERNATIONAL OPPORTUNITIES IN THIS RAPIDLY CHANGING MEDIA LANDSCAPE..”

“WE VERY MUCH LOOK FORWARD TO COLLABORATING WITH INDEPENDENT AUSTRALIAN FILMMAKERS ON OBSERVATIONAL DOCUMENTARIES THAT PLACE HUMAN EXPERIENCE AT THE HEART OF THE STORY, WITH UNIQUE AND EMPOWERING PERSPECTIVES THAT INFORM AND CONNECT WITH OUR GLOBAL AUDIENCES.”

This initiative is targeted towards early-career filmmakers, and submissions are particularly encouraged from applicants and/or teams who identify as First Nations Australian, culturally and linguistically diverse, living with disability and/or LGBTQI+.

Applicant teams must consist of at least a director or producer, one of whom has at least one screen credit in their respective role on a project that is no less than 15 minutes in duration and has been broadcast and/or screened at a recognised film festival or distributed on a significant curated online platform.

All key creatives must be Australian citizens or residents.

To apply, teams need to submit:

Selected finalists must be available to attend AIDC to pitch on Monday 2 March 2020.

Applications were accepted via the Screen Australia Smarty Grants Portal.

For any enquiries, please contact the Screen Australia Program Operations team on 1800 507 901 or documentary@screenaustralia.gov.au.