Rebecca Barry | AIDC
Back to Speakers

Rebecca is a storyteller and an adventurer at heart, with a deep desire to share new perspectives and observations about our world. 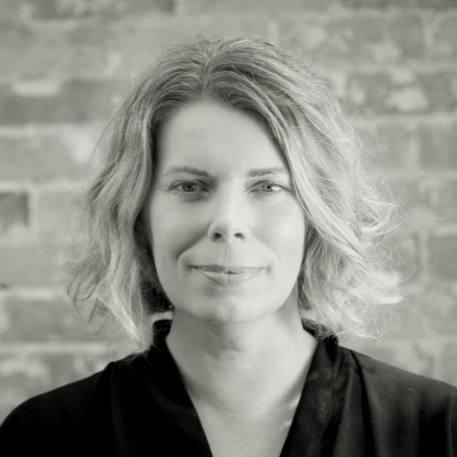 She is driven to facilitate exceptional stories, share these with an audience in a creative way, and get people thinking.

Since graduating from AFTRS, Rebecca has filmed in some of the most places dangerous places on earth including Afghanistan, collaborated with rock bands, broke her arm playing rugby in the name of ‘research’, survived a Tsunami, hung out with the circus, visited remote tribes in Papua New Guinea and along the way recorded and witnessed incredible stories of resilience and humanity that floor me. She is a convert to the old saying that … “the truth is stranger than fiction”.

Rebecca has cut her teeth with all of the major broadcasters and many production companies in Australian in drama and documentary. Highlights of her work as a director or producer include: Footy Chicks (SBS), Inspiring Teachers(SBS), Home and Away (Drama – Channel 7), The Surgeon (Drama – Channel 10), You Am I – The Cream and The Crock (DVD release), Beats Across Borders (ABC), The Space In Between, The McDonagh Sisters (SBS), A Modern Marriage (SBS) and Overture (ABC).

Her work as producer includes, I Am A Girl (director), Call Me Dad, The Opposition and The Surgery Ship feature and series for NatGeo People, true crime series Frozen Lies for Foxtel and feature documentary China Love (ABC).