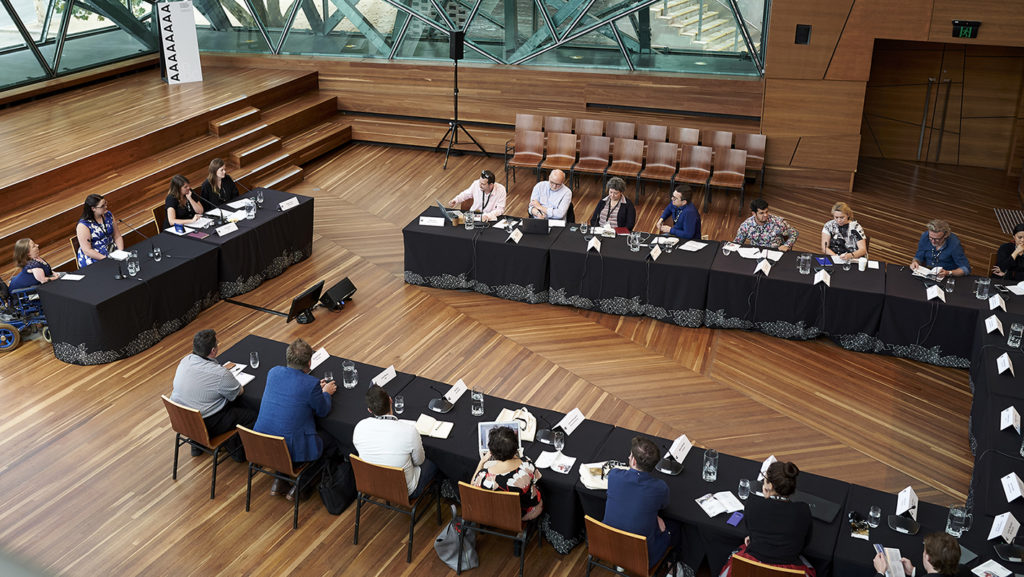 With the submissions officially open for AIDC’S The FACTory, the time has come to introduce this year’s assessment panel, tasked with narrowing a wide field of worthy projects to the final selection.

To ensure that all FACTory submissions are independently assessed by highly experienced professionals, AIDC has once again enlisted an international panel of experts.

Autlook offers a full spectrum of distribution, in-house, customised sales and festival strategies that help maximize revenues, audience engagement that fosters filmmakers’ careers, and an endless passion for the art of documentaries.

The company attends all major festivals and markets, currently representing such films as: Belushi by R.J. Cutler, The Painter and the Thief by Benjamin Ree, Acasa, My Home by Radu Ciorniciuc, For Sama by Waad al-Katea & Edward Watts, Midnight Family by Luke Lorentzen.

Opal is Co-Producer and Shorts Producer at POV. Her first season curating POV Shorts won the 2020 IDA Award for Best Short Form Series. Previously she was Shorts Programmer and Director of Artist Development at DOC NYC and Senior Programmer at Athena Film Festival.

Prior to that, Opal also worked with Nantucket Film Festival, Aspen ShortsFest, Tribeca Film Festival and IFP. She is a Programming Consultant for the March on Washington Film Festival.

Opal has served on juries for SxSW, HotDocs, Cleveland, Milwaukee and Seattle International Film Festivals and IndieMemphis Film Festival among others. She has also served on the shorts selection committees for Cinema Eye Honors and the IDA. Opal has participated on various selection committees for film programming and grants. A Columbia Law grad, Opal holds a Masters in Media Studies from the LSE, and received her B.A. from New York University.

Susie Jones joined Netflix ANZ in 2021 as a Creative Executive working across local scripted and unscripted content.
Prior to this role, Susie worked at SBS as the Head of Entertainment and Food, and as Commissioning Editor for Documentaries where she was involved in multiple seasons of Who Do You Think You Are? as well as commissioning, The Ghan, Addicted Australia, See What You Made Me Do, and several documentaries, including Strong Female Lead.

Prior to that, Jones oversaw the development at Matchbox Pictures. She has also worked in the UK at the BBC, and spent more than 15 years spent as a freelance director and producer for a range of content across SBS, ABC, Network Ten, Nine, Seven Network, and the Discovery Channel.

Clara is a producer at the Nantes-based company Les Films du Balibari, and is driven to develop international creative films. Les Films du Balibari was nominated for the Procirep French Documentary Best Producer Award in 2010, 2017 and 2018, winning it in 2019. In 2020 the company merged with Point du Jour.

Previously, she has produced critically acclaimed documentaries which travelled the world such as The Fruitless Tree (Aicha Macky), A Journey to Anatolia (Bernard Mangiante), Interior (Camila Rodriguez), This Train I Ride (Arno Bitschy). She and her partner Estelle Robin You produced and co-produced more than 25 films internationally.

Clara is a Eurodoc graduate (2014) and a Sundance Institute Documentary Film Program Grantee (2019).

Building on previous offerings of support to FACTory pitching teams, AIDC is increasing the opportunities available to selected projects.  Teams will be paired with a mentor/tutor in the lead-up to AIDC, and sessions will focus on:

Leo Chiang is a Taiwanese-American filmmaker based in San Francisco and Taipei. His most recent film, Our Time Machine, was nominated for an Emmy & the Gotham Awards, won the Best Cinematography Award at the 2019 Tribeca Film Festival and Best International Director award at Doc Edge Festival (New Zealand). He also directed two episodes of the Peabody Award-winning five-part PBS series, Asian Americans. His previous works as a director include the Emmy-nominated A Village Called Versailles, Out Run, Mr. Cao Goes to Washington, and To You Sweetheart, Aloha. Leo has served as a mentor/trainer for the Hot Docs CrossCurrent Fellowship, the CNEX Chinese Documentary Forum, and the Scottish Documentary Institute Connecting Stories Fellowship. He is the co-founder of A-Doc, the Asian American Documentary Network, and a documentary branch member of the Academy of Motion Pictures and Sciences.

Brigid O’Shea has lived and worked in Germany and Europe since 2005. She started her career at the Berlin International Film Festival, where she worked for various departments including Berlinale Talents, Berlinale Co-Production Market and the EFM. She was the coordinator of the DOK Industry Programme from 2010 and was appointed head of DOK Industry in late 2014. She left this post in 2021 to establish the Documentary Association of Europe, to usher in a new generation of professionals and advocate on a pan-European level for documentary filmmakers. She has previously freelanced for many documentary institutions in Europe and also for production companies. She tutors across the globe on international co-financing and pitching as well as festival strategies and cultural management. She moderates and curates discussions and programmes on non-fiction filmmaking as an internationally-respected consultant with a wide and diverse network. Currently she serves on the advisory boards of B2B Doc and DMZ Docs.

Applications for The FACTory close 24 November 2021 (with a late deadline of 28 November 2021) with selected projects to be announced in January 2022.