Marketplace Watch as four teams of data journalists and creative technologists pitch for a $40,000 prize.

AIDC and The Google News Initiative are returning for a second round of Raw Data, Real Stories, a bold  $40,000 pitching initiative that celebrates experimentation and collaboration between story and technology to bring raw data to life.

In 2019, Raw Data, Real Stories broke new ground by re-imagining data’s role in storytelling within the non-fiction landscape and supported the development of data journalism and the creation the eye-opening project The Invisible Crime (The Age).

You are invited to join us for the 2020 event as four teams of journalists and creative technologists pitch for a grand prize of $40,000 to turn their raw data into a new creative work for a real audience.

Australians lose more money gambling than any other country in the world. This project will tell the story of gambling’s grip on the nation – the vested interests, the human and economic costs, and the flow of gambling dollars between industry, government and households.

The Impacts of Growing Cotton in the Murray-Darling Basin

The project will explore the complex issue of farming water-intensive crops like cotton in the Murray-Darling Basin – Australia’s food bowl, which is experiencing a severe drought.

Abortion has been decriminalised in almost all Australian states and territories. But ‘decriminalised’ is not the same as ‘made accessible’. The Saturday Paper will explore how far people are travelling, and how much they are spending, to access an abortion, uncovering the struggle for equitable healthcare across the country.

Bill of Health: Counting the human cost of climate change

An interactive story-driven experience that centres the health impacts of extreme weather events in Australia on individuals and communities, making the societal and economic costs of climate change personally relevant. 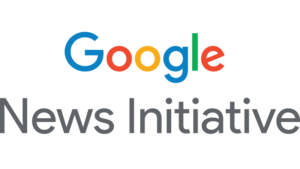