Scott Pape | AIDC
Back to Speakers

Scott Pape is the founder of the Barefoot Investor. 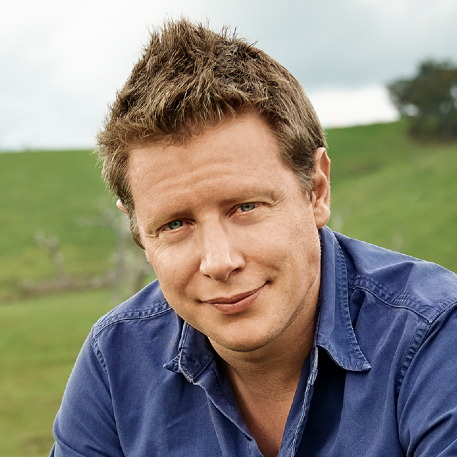 For well over a decade he’s reached millions of Australians through his nationally syndicated Sunday newspaper column, appearances on TV and radio, and his best-selling books.

A trusted source of independent financial information, Scott has worked with a number of organisations on financial literacy initiatives, including the ATO and ASIC.  Scott has successfully been able to do what most people thought impossible – ‘make money sexy’, and deliver streetwise strategies to people who simply don’t do finance.

In 2016, Scott wrote The Barefoot Investor: The Only Money Guide You’ll Ever Need. To date it has sold over 1.6 million copies, becoming the number 1 best-selling Australian book in history. In 2018, Scott released his third book, The Barefoot Investor for Families: The Only Kid’s Money Guide You’ll Ever Need, which became the fastest selling book for pre-order sales, eclipsing the final installment in the Harry Potter series.

Despite his stellar career in the world of business media, it’s Scott’s work in education and as a volunteer financial counsellor that he’s most proud of.  In 2019, Scott launched the Barefoot Money Movement, with the ambitious aim of creating a financial education program for school kids that would be rolled out nationally. Scott’s motto for his movement, which has inspired a TV Series on Foxtel, is: ‘Teach the kids; help the parents; change the nation’.  Also in 2019, Scott embarked on a 12-month passion project to become a not-for-profit financial counsellor.

Scott lives in country Victoria with his wife Liz and three young kids.