Sally Fryer | AIDC
Back to Speakers 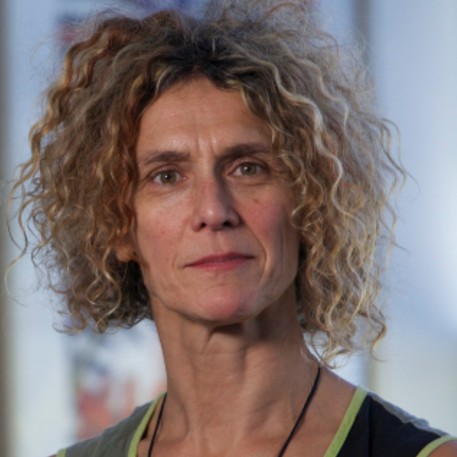 She was a founding Director of the Documentary Australia Foundation, and a Co-Producer of three Good Pitch Australia events.

She has 30 years experience as a film editor both in London and Sydney and is still as passionate as ever about her craft.

She recently edited The Final Quarter which premiered at the Sydney Film Festival 2019 and received a standing ovation at the State Theatre.

In 2011 she gained accreditation from the Australian Screen Editor’s Guild, and in 2012 was awarded an ‘Ellie’ by the Guild for ‘Best Editing in a Documentary Feature’ for Paul Kelly – Stories of Me.

In 2008 Sally won the AFI Award for ‘Best Editing in a Documentary’ for The Oasis – shot over two years about a group of kids who lived on the streets of inner Sydney.

Her work has twice been nominated for an Emmy award and many years ago, Watergate, made for the BBC, won the International Emmy for ‘Best Documentary Series’.

Sally is the very proud mother of two delicious young men, Louie and Thommo, and two dogs, Hiccup and Smudge. Swimming and long walks help to keep her sane.