Kate Pappas | AIDC
Back to Speakers

Kate is a hands-on Creative Producer whose dedication to understanding the world around her has led to a rewarding career in documentary filmmaking. 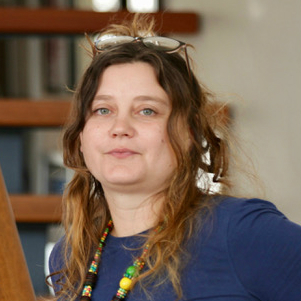 Since cutting her teeth in London in the wonderful world of kids’ science TV, she has worked across a diverse and award-winning slate. Kate has subsequently Produced, Co-Produced, Series Produced and Line Produced around 30 hours of television and works regularly with Genepool Productions, WildBear Entertainment, Chemical Media and Renegade Films.

Recent credits include art/science documentary Deception By Design (ABC/OFT); feature documentary Westwind: Djalu’s Legacy (NiTV/MIFF Premier Fund/Madman Ent.) and 11 hours of blue-chip wildlife films with Wild Bear Entertainment.  Most recently, she worked at Genepool Productions on their development slate and is now an Executive Producer at WildBear Entertainment. In 2018, Kate established Wilding Productions, where she will pursue her passion for telling stories that illuminate the wonders of our natural world. She is currently Producer/Writer on interactive VR documentary Canopy: Love Letters To Our Trees currently in development.