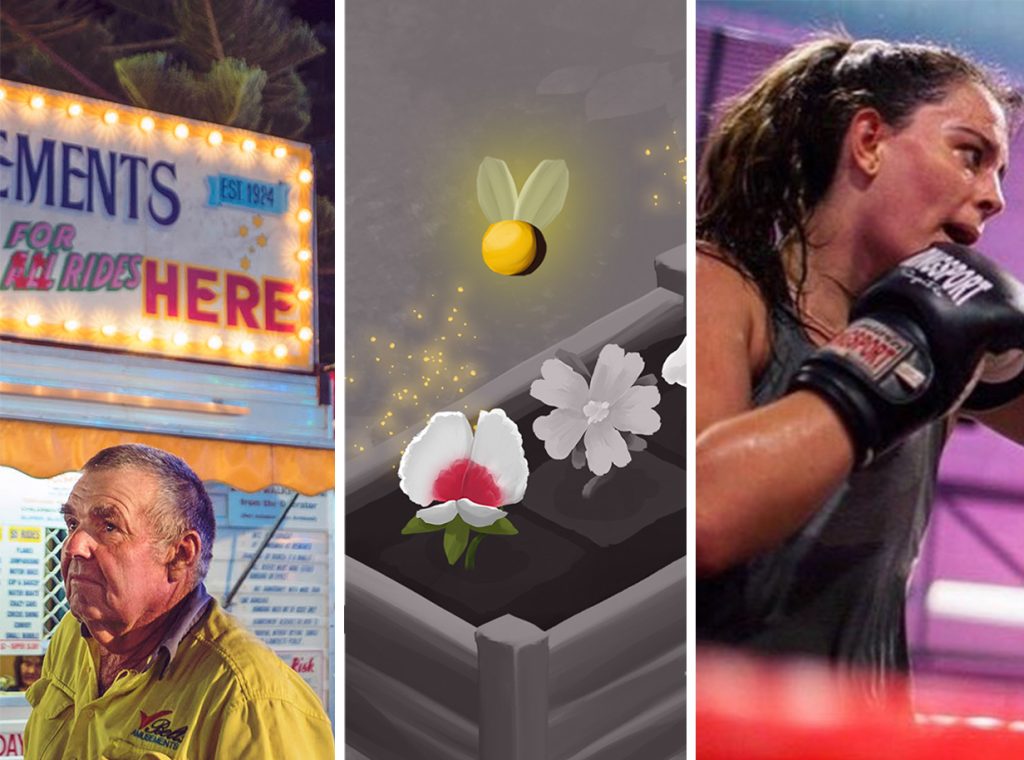 With its four-day annual event unfolding online from Sunday 28 February to Wednesday 3 March, the AIDC has today announced the shortlisted project teams that will take part in its key pitching programs: State of Play, presented by Film Victoria; Australia Uncovered, presented by SBS; and Reel Smart Academic Roundtables, presented by La Trobe University.

The shortlisted teams across these three key programs will have the opportunity to pitch their projects to decision makers at AIDC 2021 with a view to securing funding or production partners for their projects.

Alice Burgin, AIDC CEO and Conference Director, said: “AIDC’s many pitching opportunities during the conference are what makes this annual event so important. We are so grateful for the continued support of Film Victoria, and our partnerships with SBS and La Trobe University, as they help us realise these important opportunities. We’re extremely grateful that these organisations share our vision for an Australian nonfiction sector that is relevant, curiously imaginative and perpetually excited by what the future has to offer.”

State of Play will culminate with these four teams pitching publicly to a panel of experts as part of Innovation Day at AIDC 2021. The winning team will be awarded $25,000 of project funding to turn their proof of concept into a playable reality.

Over the last six weeks, four shortlisted project teams have been working with some of Victoria’s top indie game developers to turn their ideas into a playable proof of concept. The shortlisted teams are:

Caroline Pitcher, Film Victoria CEO, said: “Each year AIDC supports creators to accelerate their innovative ideas through pitching competitions like Reel Smart and the Film Victoria-supported State of Play. Congratulations to the teams selected this year and particularly the four who have been chosen to pitch their documentary game projects at the inaugural State of Play session at AIDC 2021. It is fantastic to see Victoria’s top indie games developers come together with Australian documentary talent to use gaming technology to tell factual stories in new ways.”

Joseph Maxwell, Head of Documentaries, SBS, said: “We received a fantastic response to our call out for Australia Uncovered. The shortlist reflects the depth and diversity of the submissions received, and the kind of unique Australian stories and voices that are at the heart of this strand. We are looking forward to the live pitching session at AIDC 2021.”

The shortlisted projects are:

La Trobe University and AIDC are teaming up again to present the Reel Smart Academic Roundtables. Now in its second year, the initiative will see five academics from La Trobe University pitch up-to-the-minute original research to producers at AIDC with the aim of triggering the development of new factual series or one-off documentary projects.

The Real Smart Academic Roundtables provide academics with the opportunity to increase the reach and impact of their research within the documentary sector – with a vision towards turning their work into nonfiction screen content. The shortlisted projects are:

To learn more about the pitches, please visit the Sessions page on the AIDC website.

LOVE LETTERS AND BEESCAPES IN A STATE OF PLAY

LOVE LETTERS AND BEESCAPES IN A STATE OF PLAY

WOMEN, WATER AND A STATE OF PLAY

WOMEN, WATER AND A STATE OF PLAY