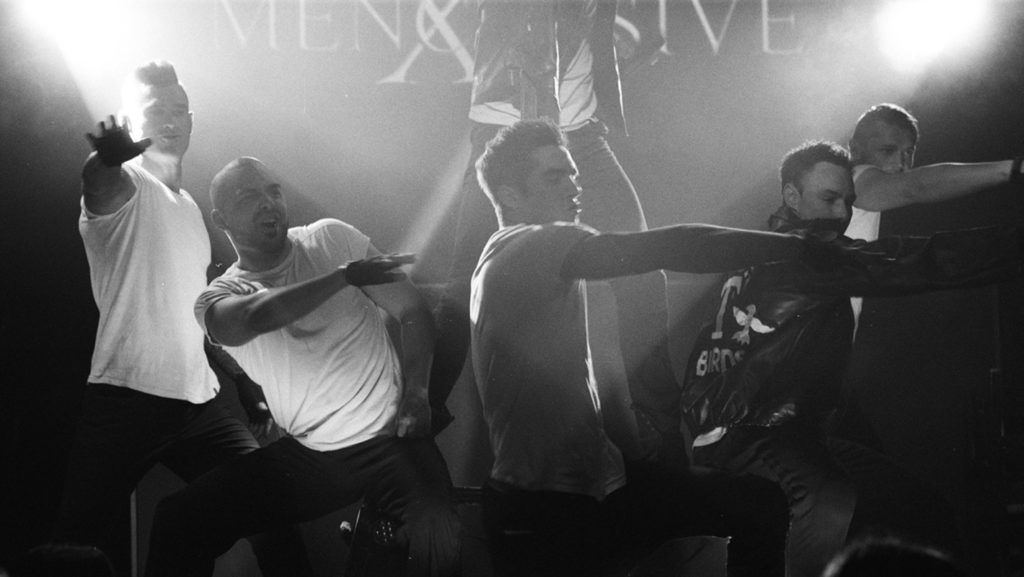 The creators will receive $50,000 in production funding for a short form documentary commission to be released through VICE’s global digital network, and broadcast on local TV channel SBS VICELAND.

The documentary strips back the world of male entertainers; introducing the men behind the fantasy and the women who attend.

It explores both the gruelling schedules and how the performers navigate consent in-the-moment with female participants.

Burlesque Blokes looks at the personal toll their work has on their relationships, self-image and the financial realities of working in one of the only industries where in their experience, male performers are paid far less than their female counterparts.

Director Isaac Elliott and producer Lucy Knox said: “We are really excited to work with VICE and Screen Australia and are grateful to be given the opportunity to add a new chapter to the Australiana series.”

“Burlesque Blokes opens the curtains on an often misunderstood industry, delving into the lives of a group of male burlesque performers as they take their stage show from Melbourne to regional Australia.

“We’re excited to explore this world and the gender politics tied to it, while telling an entertaining story full of heart, hard work and an abundance of washboard abs.”

Pitch Australiana is an annual competition that provides early career Australian filmmakers an opportunity to collaborate with VICE in telling a story that has been overlooked by mainstream media.

“Isaac Elliott and Lucy Knox really seized this opportunity and presented an insightful documentary that opens a door into a divisive profession revealing the unique challenges faced by those working within it.

“I congratulate all those who pitched in the forum and look forward to seeing this project on VICE later this year.”

Katy Roberts, Head of Video at VICE Australia said, “There was an incredibly strong set of finalists pitching at AIDC this year, so credit to them all — they made the decision difficult.

“We’re particularly excited about Isaac and Lucy’s winning documentary pitch, and know it will throw a unique and dynamic lens onto the ongoing Australiana series.

“Thanks to Screen Australia and AIDC for partnering with us again to make this possible.”

Isaac’s filmmaking career began by filming motorcycle races and editing short event documentaries – leading him to produce the feature documentary Finke: There and Back about the Alice Springs cross country motorbike race. Isaac’s short films have won awards including the ATOM award and a finalist position in the Lexus Australia Short Film fellowship in 2017.

Lucy Knox is a Master of Fine Arts graduate from the Victorian College of the Arts, who has directed and produced shorts which have screened at festivals including Melbourne International Film Festival, Sydney Film Festival and Palm Springs Film Festival. Lucy’s 2018 short doc, Last Man Standing, screened at Sheffield DocFest, Tropfest Australia and the Museum of Modern Art in New York. As a director, she has won an Australian Director’s Guild Award for her short An Act of Love.

Burlesque Blokes was one of the four finalist projects that pitched at AIDC held in Melbourne on 4 March 2019.

The other finalists included Cleaning Trauma, a confronting insight into the inner workings of Melbourne’s most successful trauma cleaning business; General Hercules, about a gold prospector searching in isolation for his fortune in the desert outside of Kalgoorlie, while nearby a mix of locals and FIFO workers operate Australia’s largest open pit mine; and Boxed In, about an ex-cage fighter who fronts the local drug epidemic head-on by teaching kids at risk the discipline of Muay Thai Boxing on the banks of the Murray River.

The observational documentary started an important conversation and explores the catastrophic impact feral cats have on Australian wildlife and the complexities environmentalists face in their attempt to find solutions to this epidemic.

The project which was released in November 2018 has had over 700,000 views on VICE’s YouTube channel.

Followed by a Q&A with Julian Burnside AO QC

FINDING NEW WAYS FOR AUSTRALIAN STORIES TO REACH THE WORLD