Rudy Buttignol | AIDC
Back to Speakers

Rudy Buttignol is the President and CEO of British Columbia’s Knowledge Network Corporation. Since 2007, he has transformed the public broadcaster into a successful and popular service available through high definition television and streaming on its many websites and apps. 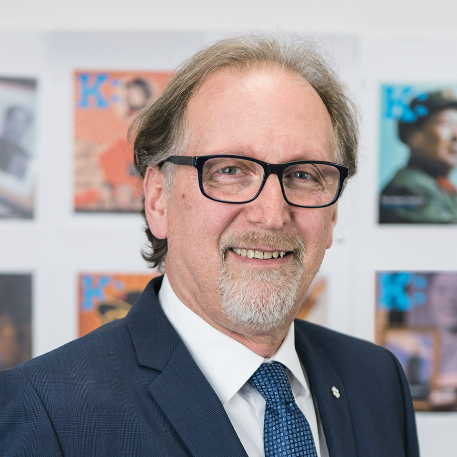 He is the winner of nine Canadian Academy Awards, an honourary Doctor of Letters from Thompson Rivers University, and a Member of the Order of Canada.

From 2010 to 2018, Buttignol served as President of BBC Kids. Over the past two decades, he has moderated financing forums around the world. During his time at TV Ontario from 1993 to 2006, Buttignol progressed from Commissioning Editor to Creative Head of Independent Production to Creative Head of Network Programming. His internationally heralded commissions include The Corporation; Manufactured Landscapes, and Emmy and Grammy-winner Yo-Yo Ma: Inspired by Bach. From 1975 to 1993, Buttignol worked as an independent writer, director and producer of documentaries and children’s series.

Buttignol was born in Pordenone, Italy. He is a graduate of the Faculty of Fine Arts at Toronto’s York University, and has completed Executive programs at Stanford Graduate School of Business, and the Harvard Business School.

British Columbia’s Knowledge Network is a commercial-free public broadcaster and streaming service; funded by an annual government grant and over 40,000 donors.

The programming is comprised of arts, culture, environment, history and social issue documentaries along with drama series and children’s programs, from around the world. Through its commissioning and pre-licensing of original documentary features and series, Knowledge Network supports independent production in Canada and internationally.