Peter Gottschalk | AIDC
Back to Speakers

Peter is the Head of Programming at ARTE G.E.I.E. 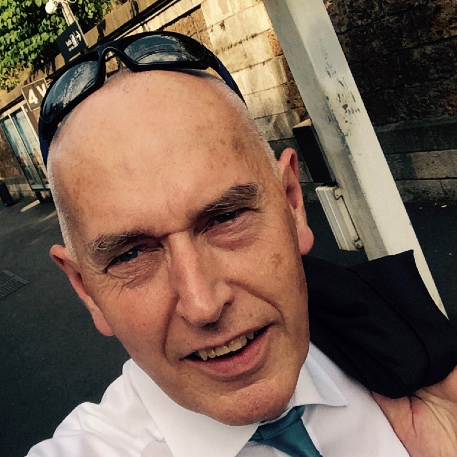 Since 1996, Peter has worked as a producer, programme manager and commissioning editor in the Documentary unit and the Connaissance-programme unit at ARTE G.E.I.E. in Strasbourg (France). Peter has been a member of the jury of different European festivals, Professor at the media-faculty of the German Hochschule Mittweida/University of Applied Sciences and lecturer in journalism and television at colleges and high-schools.

His last long TV-productions were two theme-evenings, about the USA, broadcasted in October 2020, including documentaries about the Ku-Klux-Klan, the Black Panthers, and the 39th President of the USA, Jimmy Carter, the Rock’n Roll-President!

Peter is currently a member of the board of the Haus des Dokumentarfilms, Stuttgart, a scientific institution, concentrated on research about documentaries.

Priot to working at ARTE, he was an  editor, author, producer and presenter for the following television stations: ZDF (ZDF German Television), Mainz, DFF (television of the former GDR), Berlin, Bayerischer Rundfunk, Munich, and the ORB (now RBB), Potsdam-Babelsberg.

ARTE is a European free-to-air television network that promotes cultural programming. It is made up of three separate companies: the Strasbourg-based ARTE G.E.I.E., plus two member companies acting as editorial and programme production centres, ARTE France in Paris (France) and ARTE Deutschland in Baden-Baden (Germany).