Kyas Sherriff | AIDC
Back to Speakers

As Senior Commissioning Editor for NITV Kyas enjoys working with the screen industry and Indigenous community. 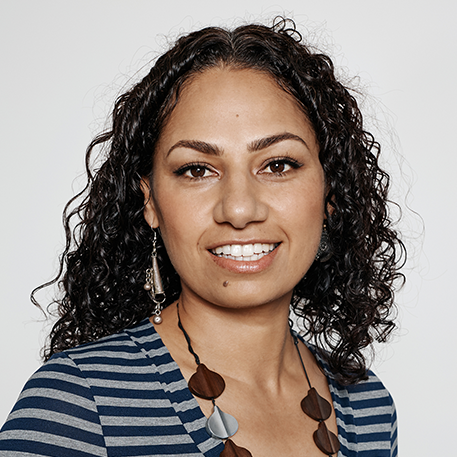 Recently AFTRS inaugural Head of Indigenous Kyas advocated for developing First Nations storytellers and diverse voices and their perspectives. Prior to this she worked across feature films, documentaries, TV series and shorts. As an integral member of Screen Australia’s Indigenous Department, Kyas helped bring popular and critically acclaimed content to international screens, including TV series 8MMM, feature film The Darkside and documentary The Redfern Story.

She was a development Manager on Logie Award winning children’s animation series Little J and Big Cuz. She has worked with some of Australia’s most experienced and renowned Indigenous screen practitioners assisting them in getting their projects from development through to production. Kyas is focused on bringing unique and compelling Indigenous stories to the screen to be enjoyed by all Australians and across the world.