Anne Pick | AIDC
Back to Speakers

Anne Pick is an award-winning independent producer, director and story-editor. 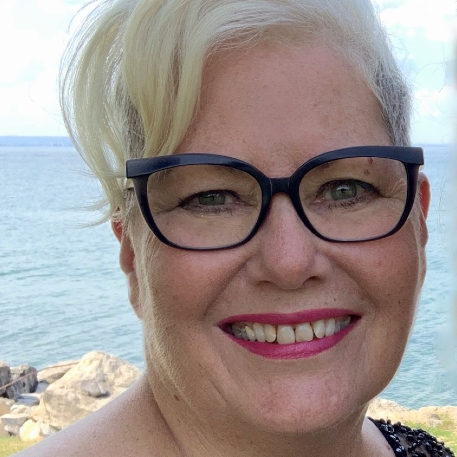 Her passion for story telling began as a teenager writing for her father’s country newspaper, which led to a career in journalism in Australia and later with the CBC in Canada, before she struck out on her own as an independent documentary filmmaker in 1987.

Under her company banner Real to Reel Productions, Anne has a reputation for being an innovator. She produced CBC’s first documentary series shot and edited on videotape in the late 70’s; put camcorders in the hands of viewers in the early 80’s; created a new lifestyle genre with the series Harrowsmith Country Life which launched the Life Network and produced Canada’s first official treaty documentary co-production with Australian partners in early 2000, among many other milestones throughout her career.

Anne is also a highly regarded, tireless advocate for the Canadian documentary filmmaking community. For 30 years she has lead various boards and committees working to protect and sustain documentary filmmaking opportunities with organizations like DOC, Hot Docs and currently imagineNATIVE and is proud to have helped many celebrated Canadian filmmakers get their start and continues to mentor emerging talent.

Among her many film awards including a Gemini in Canada, AFI in Australia and Prince Ranier Environmental Award in Monte Carlo, Anne received the prestigious Don Haig Award at Hot Docs in 2015 and just the past December, the Documentary Organization of Canada Luminary award in acknowledgement of her production achievements, advocacy and mentoring of new talent throughout her career.

Established in 1986, Real to Reel Productions Inc. is a boutique, award-winning Canadian independent production company with a reputation for excellence, specializing in documentaries both short and long form, factual series, and docu-dramas.

Regardless of format or whether the subject matter focuses on social issues, history, science, wildlife, or the arts, Real To Reel, helmed by husband and wife team Anne Pick and Bill Spahic, promises diverse and fascinating stories, compelling storytelling, inspiring characters and subjects and people of international interest.

Their recent Australia co-production The Kingdom: How Fung Made Our World for Cbc’s Nature of Things, Zdf/arte, Curiosity Stream and Svt Won 14 Prestigious International Awards and In Addition Was a Finalist and Or Screened in 21 More Festivals Around the World.

Prior to That, Their German Co-Production Gambling on Extinction Which investigates how Poaching Has Pushed Iconic Animals Like Elephants and Rhinos to The Brink of Extinction Several Major European Environmental Film Awards and Was Screened in The German Parliament in November, Prior to A Vote on Whether or Not to Ban the Importation of Ivory Products.

The most recent feature documentaries from Real to Reel Were, a Different Drummer: Celebrating Eccentrics Directed by John Zaritsky; Animism: People Who Love Objects, Directed by R2 R Partner, Bill Spahic and No Limits a Film Again Directed by John Zaritsky, About the world’s worst drug scandal and the thalidomide survivors still fighting for justice, 50 years after this crippling drug was released internationally.

Real to reel has produced or co-produced hundreds of hours of programming over the past 30 plus years, and won numerous awards around the world.

WHAT WE WORK WITH

Those interested in Treat co-productions between Canada and Australia

Fanny: The Right to Rock
The Kingdom: How Fungi Made Our World
No Limits – the story of thalidomide
A Different Drummer: Celebrating Eccentrics
Animism: People Who Love Objects
Iris Chang: The Rape of Nanking
Ronnie Hawkins: Still Alive and Kickin’
Helen’s War: Portrait of a Dissendent
Out in the Cold (10 eps)