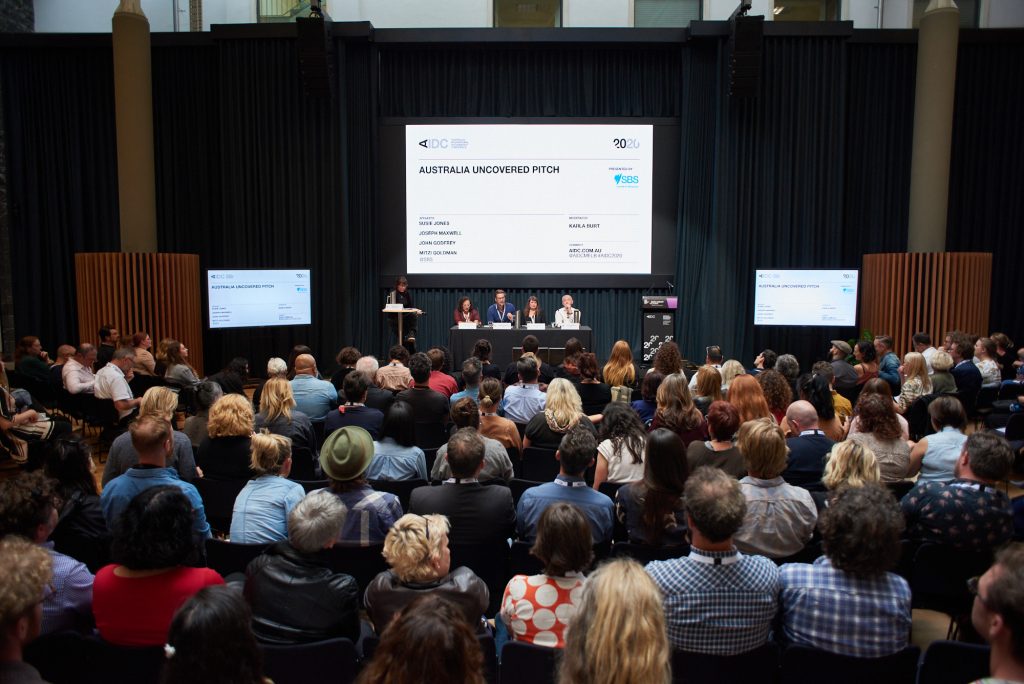 Here’s your chance to share in up to $80,000 of development funds by participating in one of AIDC’s most popular pitches!

Australia Uncovered, SBS’s strand of prime-time single documentaries exploring the many facets of life in contemporary Australia, is returning for its second consecutive year to AIDC 2021.

By pitching your bold ideas during AIDC, six shortlisted projects have the chance to share in development funds with commissioned projects broadcast on SBS in 2022.

Projects that are creative in their approach to style, form and construct are highly encouraged. Submissions must have something captivating to say about modern-day Australia and align with the SBS Charter.

SBS has a grand history of supporting the broadcast of single documentaries with the financial support of Screen Australia, which has once again committed to backing the next round of Australia Uncovered titles.

Joseph Maxwell, Head of Documentaries at SBS, said: “We were thrilled with the high calibre of pitches submitted last year which has resulted in a strong selection of uniquely Australian stories set to air next year which showcase the ambition of the Australia Uncovered strand.

“Single documentaries allow us to showcase diversity and tackle issues challenging our society in innovative and inspiring ways, through often untold stories and from a variety of voices which reflect contemporary Australia. It’s been a challenging year for so many Australians and we’re looking forward to seeing the creativity and quality of our local sector come through in this year’s submissions.”

Alice Burgin, CEO/Conference Director, AIDC, said: “The Australia Uncovered pitch was a genuine highlight of AIDC 2020. The combination of incredible stories and professional pitches, not to mention the pot of gold at the end, was extremely inspiring. As we move through a challenging year, we look forward to once again celebrating the diverse talent of the Australian screen industry next March.”

The Australia Uncovered pitch will take place during AIDC between 28 February to 3 March 2021.

SOUND IT OUT 2020 RECIPIENTS ANNOUNCED

SOUND IT OUT 2020 RECIPIENTS ANNOUNCED