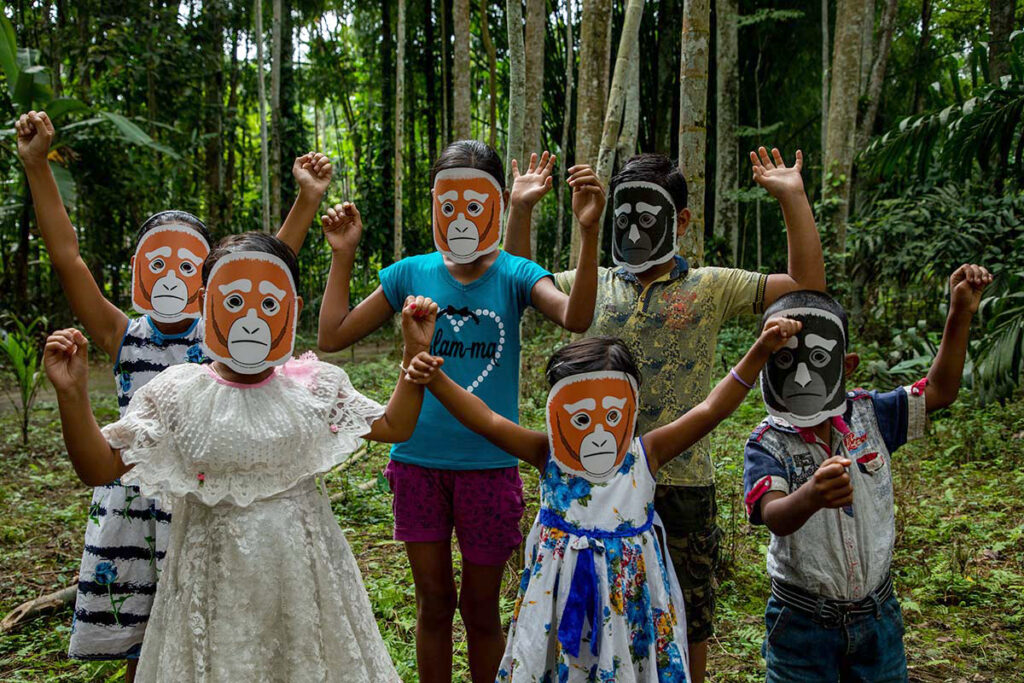 We are thrilled to reveal the 13 projects and teams set to take part in The FACTory during AIDC 2022, 6-9 March at ACMI, Melbourne and online.

Now in its seventh year the flagship pitching event has been reconfigured for 2022 to harness its full capacity as a hybrid event, with project teams representing 11 nations and decision makers participating both in-person and virtually.

The shortlist of 13 projects identified as having strong market potential will now have the opportunity to present their work to a one of the largest contingents of national and international decision makers to participate in AIDC – including funders, broadcasters, streamers, sales agents and distributors.

“The 13 projects selected are diverse, bold and unique and showcase an array of filmmaking talent who will pitch to an impressive line-up of decision makers from across the globe at AIDC 2022. We look forward to tracking the progress of the films, the productive connections made with decision makers that we’ve brought to the table and seeing these projects coming to life in the future.”

Chlöe Swarbrick – one of the world’s youngest politicians – fights for change within the very institution that she struggles against, as huge challenges in her personal and professional lives collide.

THE DAY WE SAVED THE ZOO

Set in the world of beautiful Mogo Wildlife Park, this series follows the extraordinary challenges faced by keepers and their animals, through fire, COVID and global threats to precious species.

DEATH OF A SHAMAN

An Indigenous Ecuadorian shaman and his reluctant grandson embark on a magical journey deep into the Amazon jungle.

GUARDIANS OF THE RIVER

When an enormous mine threatens the Sepik River, Indigenous activist Manu Peni and his people launch an urgent mission to protect the precious waterway.

Homemade is a cinematic journey into the little black books of immigrant Grandmas, reconnecting us to the power of legacy and tradition to bridge the generational divide and transform lives.

When Hitler declared he hated red lipstick, Allied women painted their lips in defiance and a group of secret Australian heroines working as codebreakers helped change the course of WWII.

SOLASTALGIA – JOURNEYS THROUGH A SCARRED LANDSCAPE

Solastalgia journeys through an Australian continent pockmarked with tens of thousands of mining sites. These epic transformations of landscapes are upending our notions of home. Can we ever recapture it?

A poetic look at the isolated life of Patagonian Gauchos as they cycle through the rhythms of their day-to-day routine while facing the fading relevance of their way of life.

A Palestinian Bedouin family of three generations, in its struggle to hold on to its traditional life under the pressures of gentrification. Their only wish is to stay together as a family with their loyal pet sheep Badrya.

After being raised by a white family, Brenda was the last daughter returned to her Aboriginal family. Decades later, she’s on a journey to discover where she truly belongs.

Sidhanta, a fisherman, has been fighting to protect the Hoolock Gibbons, India’s fast-vanishing ape species, in his village. However, this endearing tale of human-animal coexistence is threatened when a nearby oilfield disrupts the delicate ecosystem.

HOW TO CAPTURE A PRIME MINISTER

When a student protest erupts into violence, the Australian Prime Minister is forced into a basement while his minders desperately hatch an escape plan.

I OF THE WATER: THE UNWRITTEN LIFE OF SIA FIGIEL

After a painful event pushes her into self-exile, acclaimed Samoan writer Sia Figiel uncovers her complicated past and the impact of childhood sexual abuse and trauma.

HOW TO CAPTURE A PRIME MINISTER

All projects in The FACTory 2022 will be eligible to win pitch prizes, including two complimentary industry accreditations for the 2022 Sheffield Doc/Fest (UK), two complimentary online or physical passes and a two-hour mentoring session for Sunny Side of the Doc 2022 (France), and two complimentary all access passes to the 2022 Doc Edge Forum (New Zealand).

Thanks to Getty Images and AIDC, project teams will also have access to a free selection of clips from the Getty Images online library of over 17.5 million clips to help them prepare their pitch.

Since The FACTory began in 2016, international and local decision makers have backed a diverse range of projects across multiple genres with AIDC supporting more than 60 project teams to participate in the pitching showcase.

The FACTory pitch will take place during AIDC 2022, 6 – 9 March 2022 at ACMI, Melbourne and online, with follow-meetings happening in our online-only international marketplace 10-11 March 2022.